Casa Victoria Suites Hotel is a four star hotel in the town of Sant Josep de sa Talaia. With a sea view dream for any lover of sunsets, nature and the smell of the sea, the Hotel Casa Victoria Suites is certainly one of the jewels of the island grades. 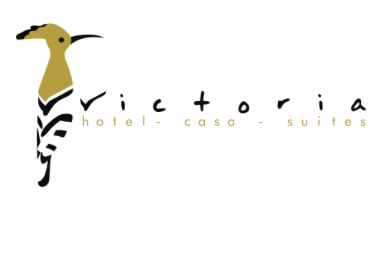 But their environment not only makes it unique. Also the treatment of its staff makes the difference. As Joakim, one of the owners of the Hotel, “our house have gone over the years since royals, athletes and renowned artists” account. However, despite the large cast of famous characters, recalls that “it is very important for us to maintain the anonymity of our customers to feel at home and can enjoy a dream vacation”.

Joakim arrived in Ibiza long ago. He did it with his Scandinavian parents, two young lovers in their first contact with the island suffered another “love at first sight” but this time, on Ibiza. Just a few hours on the island was enough to know that they wanted to spend the rest of his life in paradise that fate had put them on their way. And that, they have already spent more than 30 years.

Over time, what initially it began as a house was transformed into a few apartments, and finally, after a great reform carried out by two Ibizan “pata negra” eventually became the Victoria House Suites Hotel.

It was vital for the arrival of these two new partners because, from the outset, catered to renew the decor, rooms and all facilities with the clear objective to become one of the Mediterranean’s great hotels.

In fact, as tells Rodrigo Medina, one of the two partners, “we wanted to make available to our guests all the luxuries undreamed, but yes, always keeping the essence and familiarity that the hotel had in its origins”.

Three decades later, still casts Joakim look back and thank your parents for you closer to this corner of the Mediterranean that has stolen her heart. And it does Ibizan speaking as a farmer more while eating a “bullit de peix” with the two partners, proud of the great hotel that has become the Casa Victoria Suites Hotel. Sitting on the hotel terrace, and a herbal liqueur land in hand, the three offered by this new phase of the hotel while watching one of the most spectacular sunsets in the Mediterranean sun.